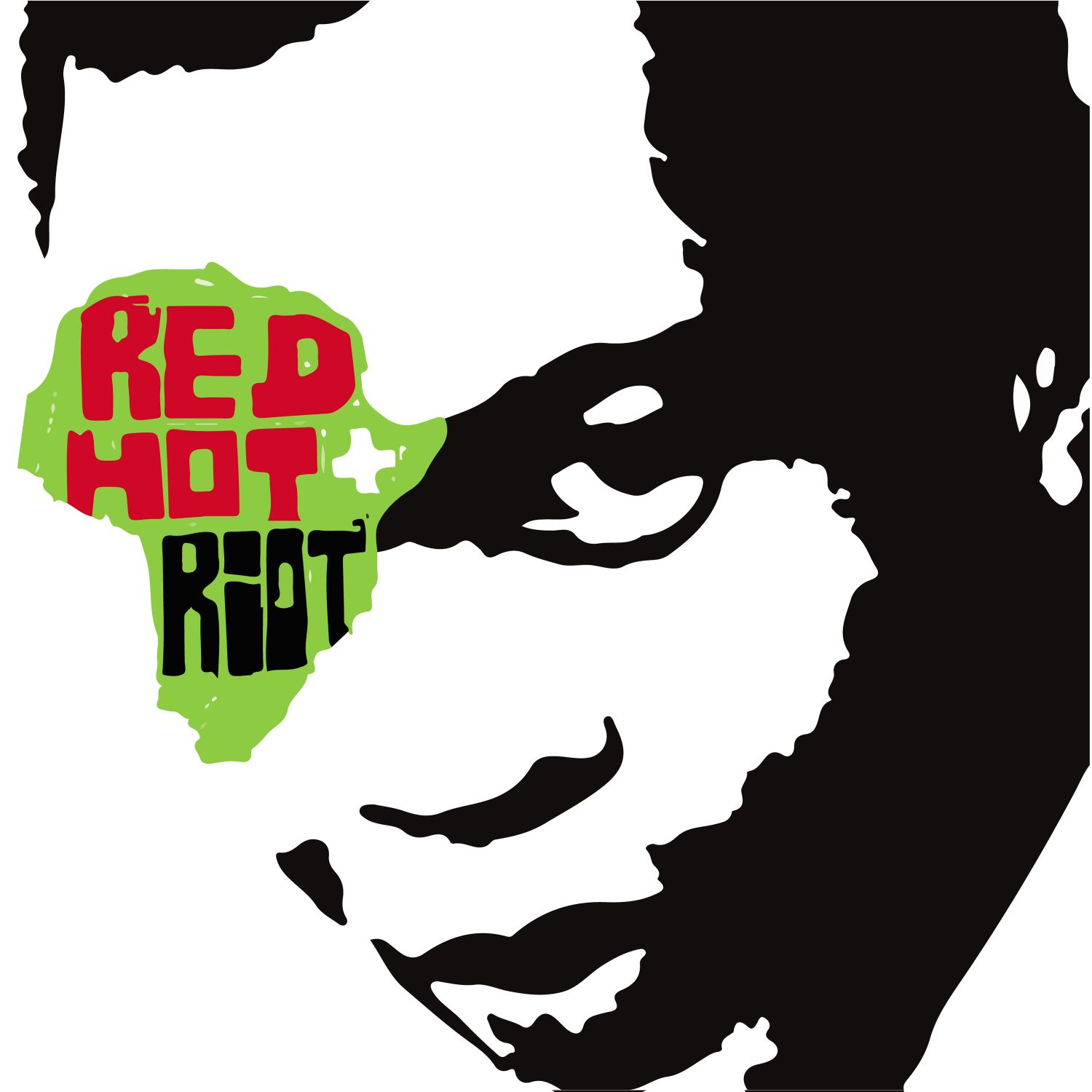 Today marks the 20th Anniversary of Red Hot + Riot tribute album ‘The Music and Spirit of Fela Kuti’. The great Nigerian musician and activist died of AIDS-related illness in 1997. In 2002 John Carlin, myself, and the Red Hot + Riot crew brought together over 40 artists from across the musical spectrum — Hip-Hop, Jazz, Soul, Afrobeat, World, and Electronic music — to have fun and work on a dream project that invoked the spirit of the man and legend. Out now on streaming apps for the first time. Watch archival footage inside Electric Lady Land and Fun Machine recording studios with legends like D’Angelo, Questlove, Femi Kuti, Talib Kweli, Sade, Tony Allen, Macy Gray, Nile Rogers, Jorge Ben Jor, Baba Maal, Meshell Ndegeocello, Dead Prez, Kelis, Roy Hargrove, Archie Shepp and many others.

In the heart of Jalisco, Mexico, a group of Patrón artisans come together to celebrate the craft of making tequila by hand. From harvesting the finest Weber blue agave to hand-sealing every bottle, it’s a process rooted in tradition and authenticity. With help from Grammy winner Andrés Levin and Mexico-based designer Sandra Weil, “Our Hands” tells a story of passion and pride through the hands of our own people. WATCH NOW. 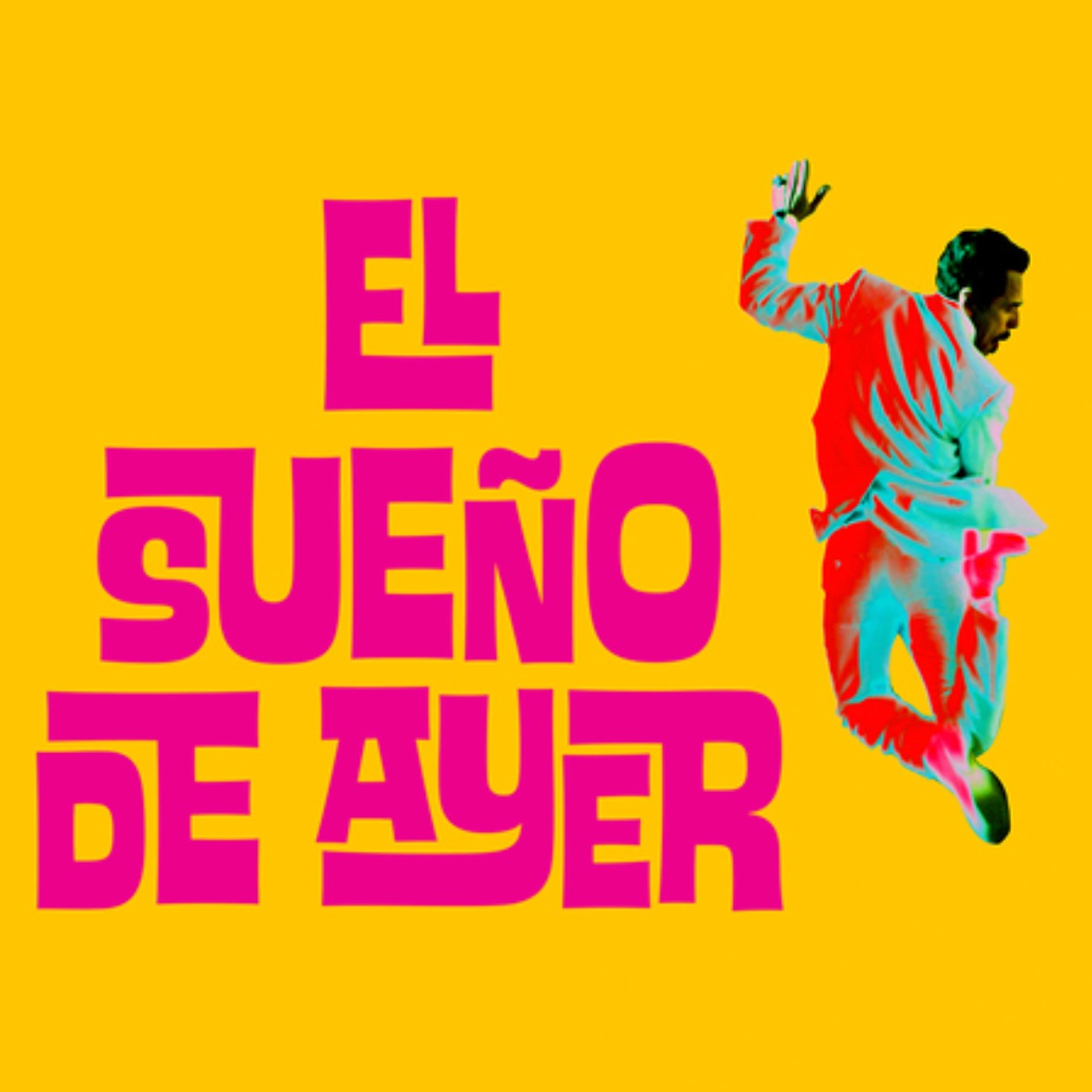 Dámaso Pérez Prado — played by musician, composer, singer, producer, activist, and founder of the band Café Tacvba, Rubén Albarrán — is portrayed in this new reimagined biopic who comes back from the dead in search of the love of his life Magdalena, played by new comer actress Mikaela Monet. Andrés consulted on all aspects of music production to bring authenticity to the recordings and set directed by Emilio Maillé. Watch it Amazon Prime today. 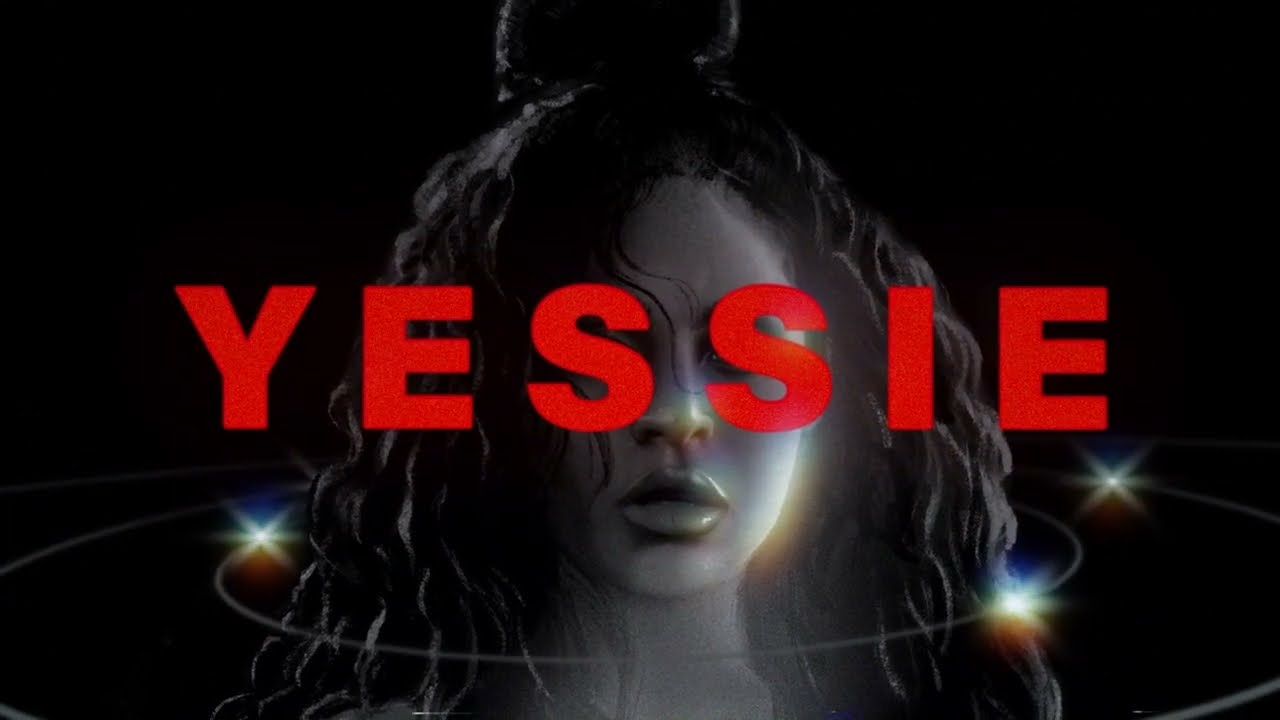 Out now! New Album 'Yessie' by Jessie Reyez with 'Adiós Amor' by Co-written by Andrés Levin

Jessie and Andrés became fast friends while collaborting on the project 'Gracias a la Vida' for Patrón last year. While in the studio recording the commercial track, they wrote 'Adiós Amor', notably the only Spanish track on Jessie's sophmore album 'Yessie' — ¡es un honor! Listen to 'Adiós Amor'and the full album Yessie out now on all streaming platforms. 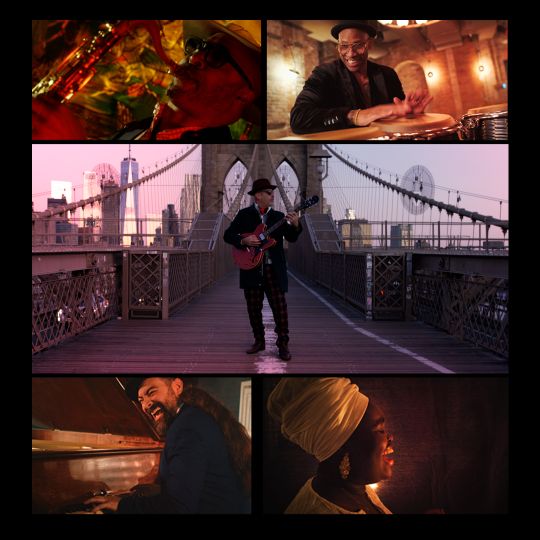 Out Now! Yerba Buena's 'The Man with the Hat and the Tan'

New Latin Jazz! ‘The Man with the Hat and the Tan’ by Yerba Buena feat. Jon Batiste, Alain Pérez, Daymé Arocena, and Pedro Martínez is streaming on all platforms. 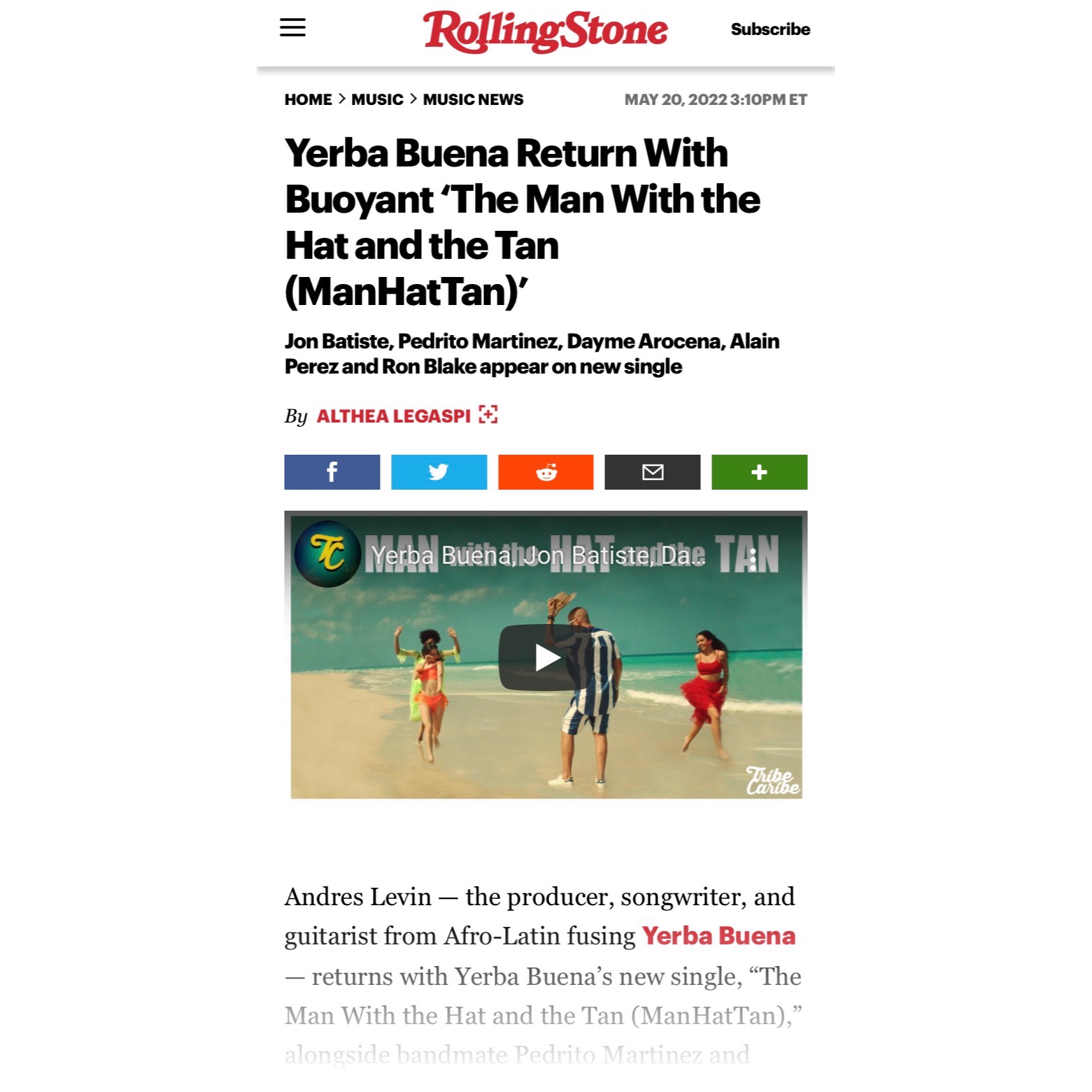 Rolling Stone: Yerba Buena Return With Buoyant ‘The Man With the Hat and the Tan (ManHatTan)’

Excerpt: 'Andres Levin — the producer, songwriter, and guitarist from Afro-Latin fusing Yerba Buena — returns with Yerba Buena’s new single, “The Man With the Hat and the Tan (ManHatTan),” alongside bandmate Pedrito Martinez and previous collaborator Ron Blake. The song also features a bevy of new guests, including Jon Batiste, Dayme Arocena, and Alain Perez. The single is the first release from an upcoming album arriving in the fall via Levin’s new label and platform, Tribe Caríbe.' 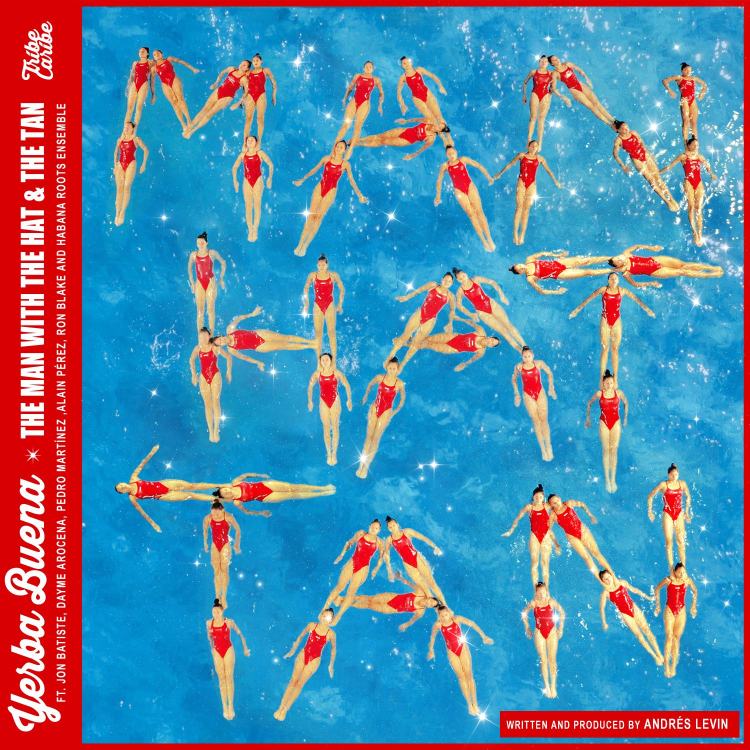 PRE-SAVE NEW YERBA BUENA SINGLE 'THE MAN WITH THE HAT AND THE TAN' FT. JON BATISTE

We’re days away from releasing the first single off Tríbe Caríbe’s new music label that features voices from across the Caribbean and beyond. Yerba Buena’s new single, 'The Man with the Hat and the Tan,' features Grammy-winning artist Jon Batiste and a legendary Latin music cast including Alain Pérez, Daymé Arocena, and Pedro Martínez. PRE-SAVE the single by clicking the LISTEN button below, and listen as soon as it drops on Friday, May 20, 2022. 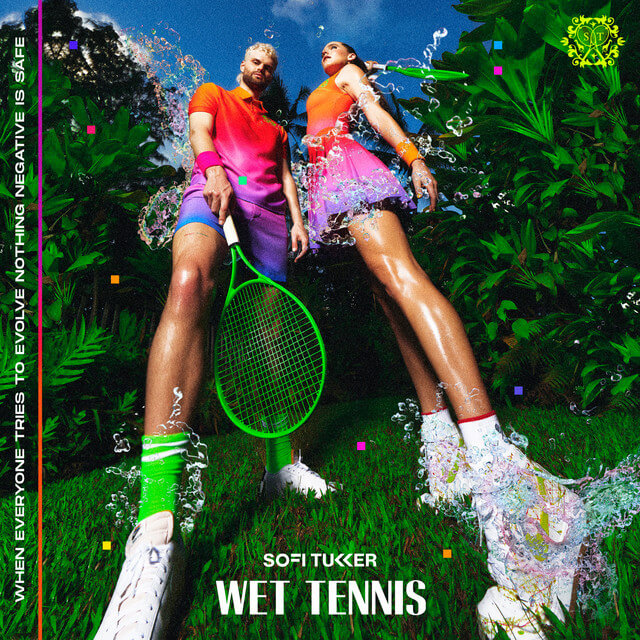